Who can benefit from laser resurfacing?

A variety of skin tones and types can benefit from laser skin resurfacing.

Non-ablative lasers are less invasive than ablative treatments. They work by heating up the targeted tissue, without actually destroying it. This process stimulates your body’s collagen production to fill in unwanted skin imperfections such as fine lines or wrinkles.

Because they do not resurface the skin as invasively as ablative lasers, multiple treatment sessions might be necessary to achieve modest clinical results. However, patients benefit from almost no downtime and the risk of undesirable side effects is greatly reduced.

Ablative lasers are more invasive but produce the best clinical results. They work by vaporizing the outer layers of the skin. This process causes the skin to heal and restructure and increases collagen production.

Ablative lasers are great for treating visible signs of aging and the results generally last for years. They can also be used to treat acne scarring, pigmentation irregularities, and unwanted lesions.

By the time we reach our late 30s, we all have begun to show signs of aging — sun damage is especially universal, that’s just how it goes. That’s why so many of the people who come to see us, especially women, perhaps more than 90 percent, can benefit from fractional laser resurfacing.

Dr. Gotkin and Dr. Sarnoff use Fractional CO2 lasers (ablative lasers) to smooth out wrinkles and restore a healthy, even tone to your skin.

New, healthy collagen is a key to successfully eliminating wrinkles and reducing deep lines. It has been shown, in clinical studies by Dr. Sarnoff and Dr. Gotkin, that both laser lipolysis and Fractional CO2 Resurfacing stimulates the body to produce new, healthy collagen.

In addition, some of the fillers also stimulate the body to produce new collagen. This synergy between laser lipolysis and Fractional CO2 Resurfacing, as well as the fillers and injectable Botox  is the hallmark of Dr. Sarnoff’s AceLift.

Like the fillers and other injectables performed at Cosmetique, Fractional CO2 Resurfacing is conducted under topical or local anesthesia. Like laser lipolysis, you can be awake – if you wish! Fractional laser skin resurfacing does involve some recovery process, but can be combined at the same time with any or all of the fillers or other injectable treatments at Cosmetique. 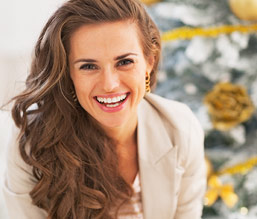