When you pay a visit to iFILL Tower, you’ll find that Dysport® is another one of the injectable neuromodulators we have available, and that it’s used primarily to reduce moderate to severe frown lines. The magic of Dysport in Manhattan, NY is that it accomplishes this without changing the natural look of your face. The facial muscles in untreated areas will continue to function normally, allowing you to freely show facial expressions, such as smiling, for which you will be forgiven, especially after you see how good you look.

At Cosmetique, we use Dysport to:

If it’s sounding to you like Dysport is pretty darn similar in its applications to Botox and Xeomin, well, that’s because it is. The three products are all botulinum toxin type A; there are subtle differences between them, but they are all used in a similar fashion. Botox may have the best known name, but at iFILL Tower, we understand that no two clients have exactly the same preferences.

Like artists about to undertake the painting of a beautiful portrait, Dr. Sarnoff and Dr. Gotkin listen to every client’s wishes, worries, and goals, and then customize each treatment according those individual needs. They have a full array of state-of-the-art, non-surgical cosmetic products available to them, and their high levels of experience and expertise allow them to translate your specific desires into a beautiful reality that will have you looking years younger and feeling refreshed and fantastic.

How long until Dysport starts working? How long does it last? 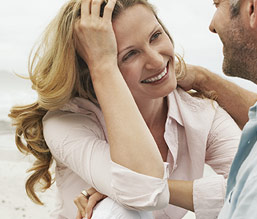