I is for Injectables

HOME > I is for Injectables

An AceLift Without Botox® Is Like Chocolate Cake Without the Chocolate

Let’s start by defining our terms: “Injectables” does not mean dermal fillers, but rather, we’re addressing Botox® and other neuromodulators, such as Dysport® and Xeomin®, which are injected into the skin with tiny needles. For simplicity’s sake, let’s call all of these products “Botox®.” Dr. Sarnoff uses Botox® to treat lines and wrinkles between the brows, as well as areas around the eyes, forehead, upper lip and neck. These are called dynamic lines. They come from a lifetime of habitual face making and expressions, and go by a variety of names:

The problem with these lines is how they dampen our youthful or contented look. The great thing about Botox® is that it can elevate the corners of the eyebrows —— which eliminates that eyebrow droopiness —— and restore those things that we associate with being young. Botox® can give a better arch to your brows and a more open-eyed appearance.

Botox®: Not Just About Wrinkle and Line Reduction

Dr. Sarnoff has had great success with a treatment she calls “micro Botox®,” in which she takes tiny amounts of Botox® and, instead of going into the muscle, puts small amounts into the top layers of the skin, all over the face. This helps to reduce facial redness, for people whose skin is ruddy. It’s especially helpful for people with rosacea.  As a bonus, pores appear smaller and the skin becomes less oily.

Dr. Sarnoff’s message to those who are thinking about an AceLift is that even if you have no intention of continuing Botox® for the rest of your life, consider including Botox® when you have an AceLift; there are important reasons for this. The AceLift is a carefully crafted combination of approaches that works synergistically. In other words, having Botox® as part of the AceLift will not only diminish facial and neck lines and wrinkles, but it also will help other aspects of the AceLift do their jobs.

The formation of new collagen is key. The whole name of the game in AceLift has to do with the “ACE” acronym for the Augmentation of Collagen and Elastin.  Collagen formation happens in the healing phase, after laser treatment. Botox® also helps to enhance healing, putting the skin at rest so that the broad band of collagen in the dermis (the deeper layers of your skin) develops smoother and faster.

“Even though Botox® is today’s most popular non-surgical cosmetic procedure,” says Dr. Sarnoff, “I have naysayers who sign up for an AceLift, but say, ‘I don’t want the Botox®.’ The thought of putting botulinum toxin in their body scares them. But don’t worry.  The amount used in an Acelift in the scheme of things is very little. It’s certainly nothing like when you eat from a spoiled can and become ill from botulism.  I sit down and explain to them why the whole project that I conceived is like a recipe. I’ll say, ‘Do you really want me to make this great chocolate cake without a key ingredient that gives it such great flavor? You don’t have to do this for the rest of your life, but let’s do it at least once because you’ll have a better AceLift result.’”

"It made me feel really secure to know I was being treated by the experts who teach other doctors." 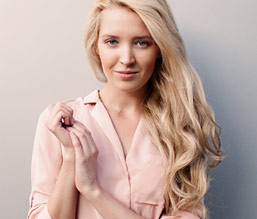